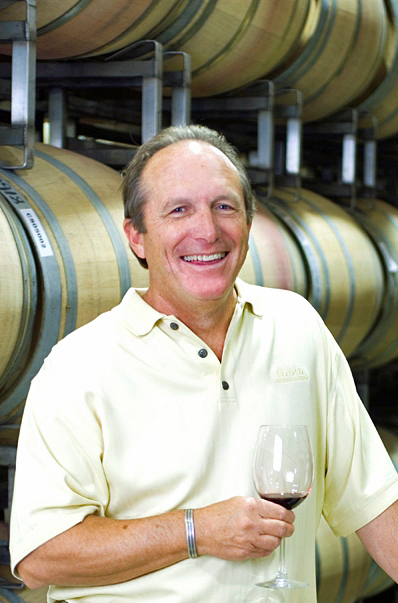 Michael Weis, whose epic career in wine stretches nearly 50 years, has joined the team at Hindsight Vineyards as Director of Winemaking. Michael’s wisdom and expertise will build on Hindsight’s current strong foundation for the next decade. Michael Weis is best known for his long tenure at Groth Vineyards and Winery in Oakville, Napa Valley. He recently retired from that position, after having spent 26 years helping to build one of the most noted and respected wine brands in California. He had already established himself as a talented winemaker with positions at both Robert Mondavi Winery and Vichon Winery prior to joining Groth. Under his leadership, Michael led projects to replant all the Estate vineyards and to expand and modernize the winery in order to handle the replanted blocks. His efforts paid off, with Groth receiving frequent accolades from the trade and media. Michael’s wines have appeared seven times on the Wine Spectator Top 100 list with several top 10 finishes. His wines consistently rank 90+ points in the major trade publications.